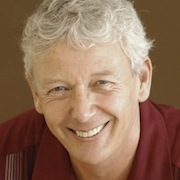 Richard has been a director and teacher for over 35 years. As his professional directing career grew, he found that more and more professional actors sought his work for individual coaching. From this demand, he opened Seydways Acting Studios in 1991 as a training ground for professional actors in the Bay Area. Over the years as a successful director and teacher, Richard developed a uniquely sensitive, specific, and effective approach to actor training. This approach is summarized in his now patented Trigger Approach and Stretch Work. In 2003, Richard opened his Los Angeles studio, where he continues to teach classes for professional actors in both Los Angeles and San Francisco.

His work as a director includes most recently Noises Off by Michael Frayn at La Mirada Theater in Los Angeles. Other Los Angeles credits include By The Waters Of Babylon by Pulitzer award-winning playwright Robert Schenkkan at the Geffen Playhouse; The Lion In Winter at La Mirada Theatre; and Present Laughter, The Presentment and Noises Off for the Pasadena Playhouse; The Mad Dancers at Mark Taper, Too! Sarah’s Story at LATC along with many other workshops with SCR, Mark Taper and Pasadena Playhouse.

From 1992-1997 he served as Associate Artistic Director of the American Conservatory Theater in San Francisco. While at ACT, he directed The Learned Ladies, Dario Fo’s The Pope And The Witch, Pygmalion, Mrs. Warren’s Profession, Oleanna, Rosencrantz And Guildenstern Are Dead, Othello, The Matchmaker, and A Streetcar Named Desire.

In his earlier years of directing (1981-1991) Richard held the position of Associate Producing Director of the Eureka Theatre, where he directed many productions for the company including Cloud Nine, The Wash, Threepenny Opera, and Dario Fo’s About Face. Other directing credits include The Pickle Family Circus (London Tour), King Lear at the Oregon Shakespeare Festival, As You Like It for the San Francisco Shakespeare Festival, A Midsummer Night’s Dream for the California Shakespeare Festival, and productions at the Classic Stage Company and the Wonderhorse Theatre’s in New York. He is also the director of an award-winning 35 mm short film entitled Brass Tacks. Currently, Richard is working on the world-premiere of a new rock-musical called The 12 written by Tony-Awarding Winner Robert Schenkkan with music by Neil Berg. This production is scheduled to premiere in April of 2015 at Denver Theatre Center. He is also developing a musical of The Count Of Monte Cristo.

Prior to his directing career, Richard acted as well. His training began at school at Dartington Hall (England). He received his Theatre Training at the Bristol Old Vic Theatre School and acted with the affiliated Old Vic Company. He became a founding member of Stage Two – a company based on the works of Jersey Grotowski that was begun by James Roose-Evans. He then received an Advance Teaching Degree in Drama from North-Western Polytechnic of London.

In 1968, he co-founded Red Ladder Theatre, Britain’s first professional, political theatre collective, now over 45 years in existence. With Red Ladder, he acted, directed and produced for the company for seven years. Upon moving to San Francisco in 1975, Richard taught at the Cultural Training Center. It was from here that directing became his main focus as detailed above. Additional teaching experience includes lecturer positions at various colleges including Stanford University, UC Irvine and UC Davis.

Being "In The Moment" Seminar

In this nine-part series, Richard talks about what it means to be “in the moment” – a crucial key to acting – and how you can be there more consistently.

Drama-Logue Critics Award, Outstanding Achievement in Theatre Direction for A View From The Bridge (1989)